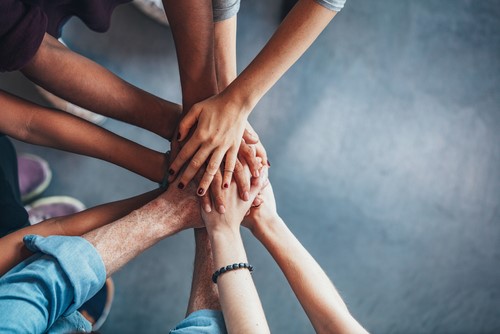 Selecting a G.O.A.T. (Greatest of All Time) is one of my favorite things to debate with my husband. We use the term “G.O.A.T” to argue and defend our favorite movies (Ocean’s 11- his pick), football players (Peyton Manning- my pick), or football team (’85 Bears- DUH!).

You may disagree with us on any of these except for the ’85 Bears. They were amazing! They excelled in both defense (64 sacks in a season) and the exciting pairing of Payton/McMahon. Even this Eagles fan must hand them the title of G.O.A.T.

What if your work team was measured up against other teams? Would you consider your team the G.O.A.T. or still a KID (aka baby goat)? With a little direction you could have the G.O.A.T. team.  Here are 4 steps to help you achieve your best in class team.

In Ocean’s 11, Brad Pitt and George Clooney put together a team to simultaneously rip off 3 Vegas casinos. Their team includes a pickpocket, a computer hacker, and an acrobat. By selecting team members with different but needed skill sets they were successful. When hiring, look for people who bring new talents and skills to your team. If you have a team that is afraid to embrace technology hire a new person that loves to learn new things. If your team works quickly but often misses key things, hire someone who pays attention to details.

As I said, I am wild about Peyton Manning. His ability to lead 2 different teams to Super Bowl Championships proves he brings a winning attitude to all situations. As a leader, do you have a positive attitude? Do you encourage teamwork? How does your team describe you? Fun? Fair? Organized? Respectful? A positive culture starts at the top and trickles down. Lead by example and be mindful of any bullying.

Does your training program stop a few weeks after hiring? Professional athletes know the importance in keeping their skills sharp (Spring Training/Preseason Camps). Are new employees the only team members receiving any training? Continuing to train and develop your employees has many benefits including lower turnover rate and reduced your overall costs. Training increases learning. It is also a great way for your team to adopt new methods or technology. Continuous training shows your team you’re invested in their success.

Recognizing the good work of employees is the easiest way to acknowledge their value and show respect.  It will not only make their day it will make you feel good too! Having an employee recognition program in place is a great reward! Recognize people on their milestone work anniversary and their birthday to show your appreciation. Employees who feel appreciated and know they are being acknowledged perform better.

A simple “thank you” can go a long way and is free! Who doesn’t like positive feedback and reinforcement of a job “well done”?

Imperial Dade also offers free training programs to customers. Contact your Imperial Dade Sales Consultant or visit http://www.imperialdade.com for a location near you.

Imperial Dade is the leading independent distributor of foodservice packaging and janitorial supplies in the United States. View all posts by Imperial Dade